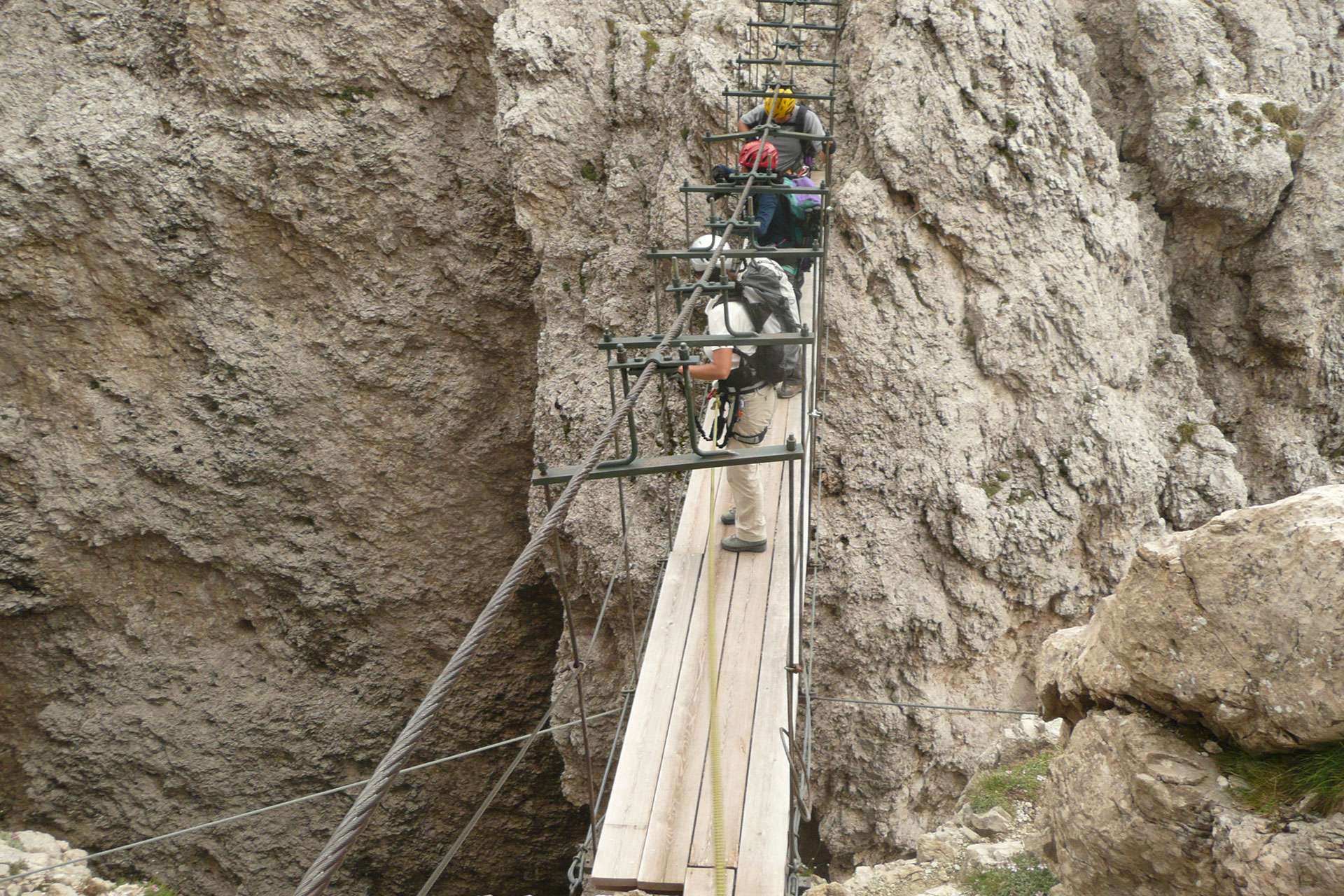 The ferrata  are a legacy of the First World War. They were built by soldiers during the first conflict or even earlier to allow the fighters to reach the peaks in a simpler, faster and safer way. That is why they were born right here on these Dolomite mountains that at the time outlined the border between the Austro-Hungarian Empire and the Kingdom of Italy. In addition to these historic routes, other routes equipped with bridges, ladders and cables have been built over the years, to allow tourists to reach the steepest and most rocky peaks without having to be necessarily experienced climbers.